The History of Baker Cheese

“A family operation that’s well-run, market-driven, and constantly refining production techniques can still make it in this business.”

Though spoken over 20 years ago, no truer words could be said for what has driven Baker Cheese since 1916.

1916 - At the age of 16, Frank Baker learned the art of cheesemaking through an apprenticeship at the Winkler Cheese Factory in Plymouth, WI. Six years later in 1916, he purchased a cheese factory in St. Cloud, WI, which is where Baker Cheese still operates today. Frank’s passion and expertise of producing cheddar cheese led the company through the challenging years of the 1920’s - 1930’s. His innovative spirit was shown by being one of the first to use a cream separator, with the idea of separating cream from whey which was used to produce butter. 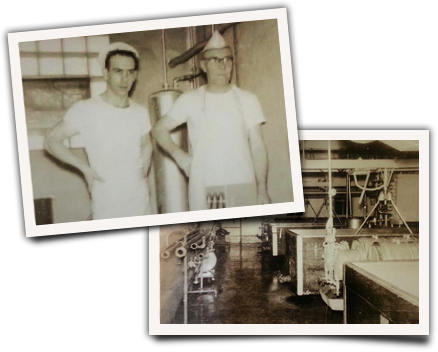 The Innovator and String Cheese Original

1950’s - 1970’s - Frank and Francis made the decision to change their plant over to a full mozzarella plant because of the rapidly growing demand of mozzarella cheese. Francis soon recognized the need for smaller, consumer sized units and took a ball of mozzarella, stretched it into a rope, and cut it into small chunks, and thus was born the Original Baker String Cheese.

Expanding for the future

1970’s – 2000’s - The third generation of Bakers worked closely with Francis to accomplish his vision of string cheese as a healthy, everyday snack. They became an industry leader in the innovation and design of string cheese manufacturing equipment, pioneering the extrusion process allowing for a more consistent product. The company’s innovative drive continued as it automated the cheese cutting process and introduced individually wrapped packages of string cheese, meeting consumer’s demands for convenience. The 1990’s and 2000’s brought strong demand and growth for Baker string cheese and the company committed to three large scale plant expansions that helped solidify the company as a national string cheese leader. 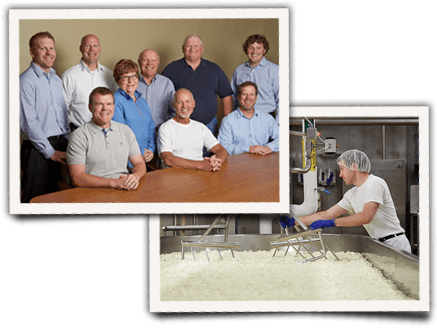 2000’s - The company’s fourth generation remains committed to the tradition of award winning string cheese and continued innovation by meeting customer demands with additional offerings such as Reduced Fat, Twist, Kosher, and Organic string cheese products. Strong manufacturing principles and committed employees allow for the company to provide its signature string cheese in a wide variety of convenient packaging styles while maintaining its use of natural ingredients to provide the freshest string cheese on the market. Freshness, Quality, and Service will always be the focus of the entire team at Baker Cheese.

Peel back our history.